We are pleased to announce a new release of Automatiko - 0.20.0

Publishing messages from a workflow relies on microprofile reactive messaging and by that is done in async way (from workflow execution point of view). This could lead to lost messages in case of failures as workflow instance was not waiting for message acknowledge. This has been improved in 0.20.0 release so now workflow instance will be put into an error state in case of errors of message publishing. This will allow administrators to retrigger the failed instance which will result in publishing the message again.

essentially all these formats are capable to describe workflow and they are used in different contexts. 0.20.0 release brings in interoperability between these formats to smoothly interact via subworkflow/call activity construct.

Serverless workflow image genration has been reimplemented to align with BPMN and workflow Java DSL images. This brings a complete alignment from runtime perspective that illustrates all workflows (regardless how they were defined) to look exactly the same.

In addition to that, Serverless Workflow images now will show much more information than before as it will include information about actions and not just states as it was until now.

Process management UI has been updated to be completely offline, meaning there is no need to have internet access to fetch style sheets and js files to operate with UI. This applies to all modes of the Automatiko service including native image.

Process management UI allows to open workflow image and workflow instance image (annotated with completed and active nodes) in new window which allows to have a higher quality image to look at. 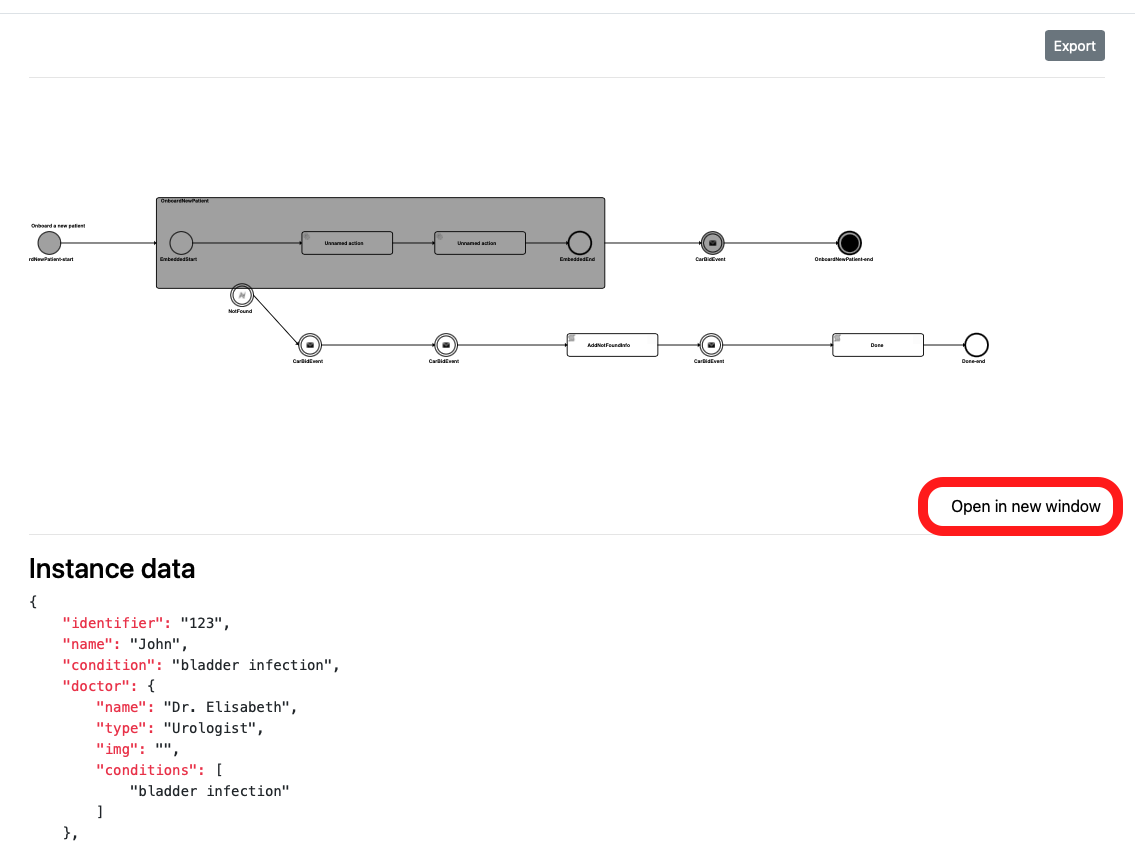